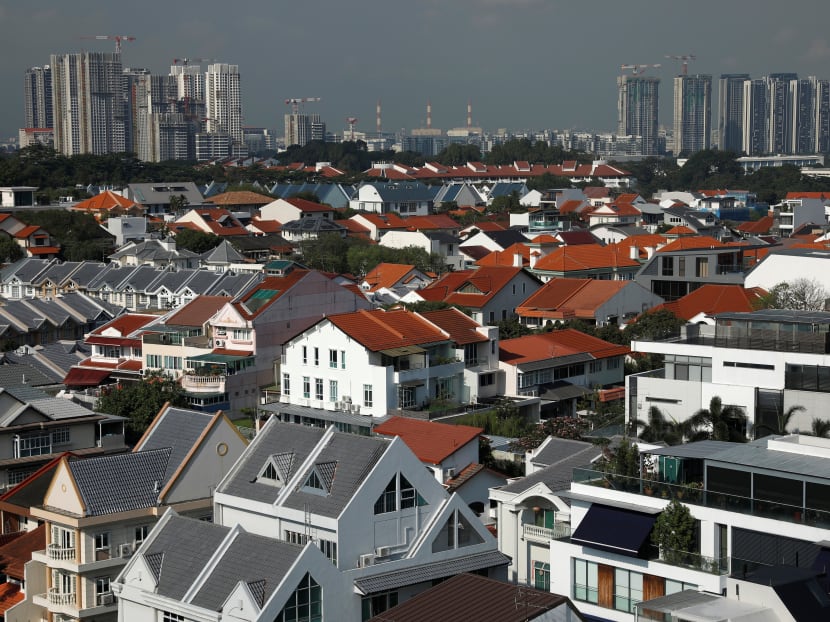 Prices for both public and private housing have continued to rise over two years despite the economic challenges brought on by the Covid-19 pandemic.

SINGAPORE — In a bid to cool the housing market, the loan-to-value limits for home buyers taking a property loan from the Housing and Development Board (HDB) will be tightened, and the Additional Buyer's Stamp Duty (ABSD) for the purchase of private properties beyond the first one will increase, the Government announced at about 11.30pm on Wednesday (Dec 15).

The Total Debt Servicing Ratio (TDSR), which applies to all property loans, will also be lowered from the current 60 per cent to 55 per cent. This means that a person's total monthly loan payments, including mortgage loans, cannot exceed 55 per cent of his or her total gross income.

These curbs, which will take effect from Thursday, came after months of market speculation.

Prices for both public and private housing have continued to rise over the past two years despite the economic challenges brought on by the Covid-19 pandemic.

The last round of such curbs happened in July 2018, but the changes then affected only private properties. It triggered a buying frenzy after the announcement was made in the evening.

In a joint media release issued close to midnight on Wednesday, the Ministry of Finance, the Ministry of National Development and the Monetary Authority of Singapore said that prices of private homes have gone up by 9 per cent since the first quarter of 2020, while those of resale HDB flats have increased by 15 per cent over the same period.

HDB resale prices have been declining for the previous six years before this upturn.

Even though the ratio between house price and income is below historical averages, they said that there is a clear upward momentum. Transaction volumes in both the public and private housing market have also been high.

"If left unchecked, prices could run ahead of economic fundamentals and raise the risk of a destabilising correction later on. Borrowers would also be vulnerable to a possible rise in interest rates in the coming years," they added.

"The Government has therefore decided to implement a set of measures to cool the private and public housing markets, to promote continued housing affordability."

From Thursday, the loan-to-value (LTV) limits for HDB housing loans will be tightened from 90 per cent to 85 per cent.

This means that the maximum loan amount the housing agency will lend to buyers will be 85 per cent of the property purchase price.

This does not apply to loans granted by banks, where the LTV limit will remain at 75 per cent.

Buyers of new and resale HDB flats have the option of taking a mortgage from either the housing agency or a bank.

Singapore citizens buying their first private property do not need to pay ABSD.

Permanent residents (PRs) buying their first property will have to pay an ABSD of 5 per cent, which is unchanged from current regulations.

However, those buying their second property will see the stamp duties go up from 15 per cent to 25 per cent.

For their third home and beyond, PRs will pay another 30 per cent of ABSD, up from the current 15 per cent.

Foreigners buying properties here have to pay an ABSD of 30 per cent, up from the present 20 per cent.

Developers of residential projects will also have to pay a higher ABSD of 35 per cent, up from the 25 per cent now.

This 35 per cent can be clawed back if they manage to sell all units in their new projects within five years of buying the site, but there is an extra 5 per cent that they have to pay that cannot be refunded.

This non-remissible 5 per cent was introduced in the 2018 property cooling measures and remains unchanged.

However, the Government has provided temporary extensions to developers who need to sell within the five-year timeframe, due to construction challenges brought about by the pandemic.

If the buyers are married couples with at least one Singaporean spouse, they can apply to have their ABSD refunded if they manage to sell their first property within six months of buying their second one. 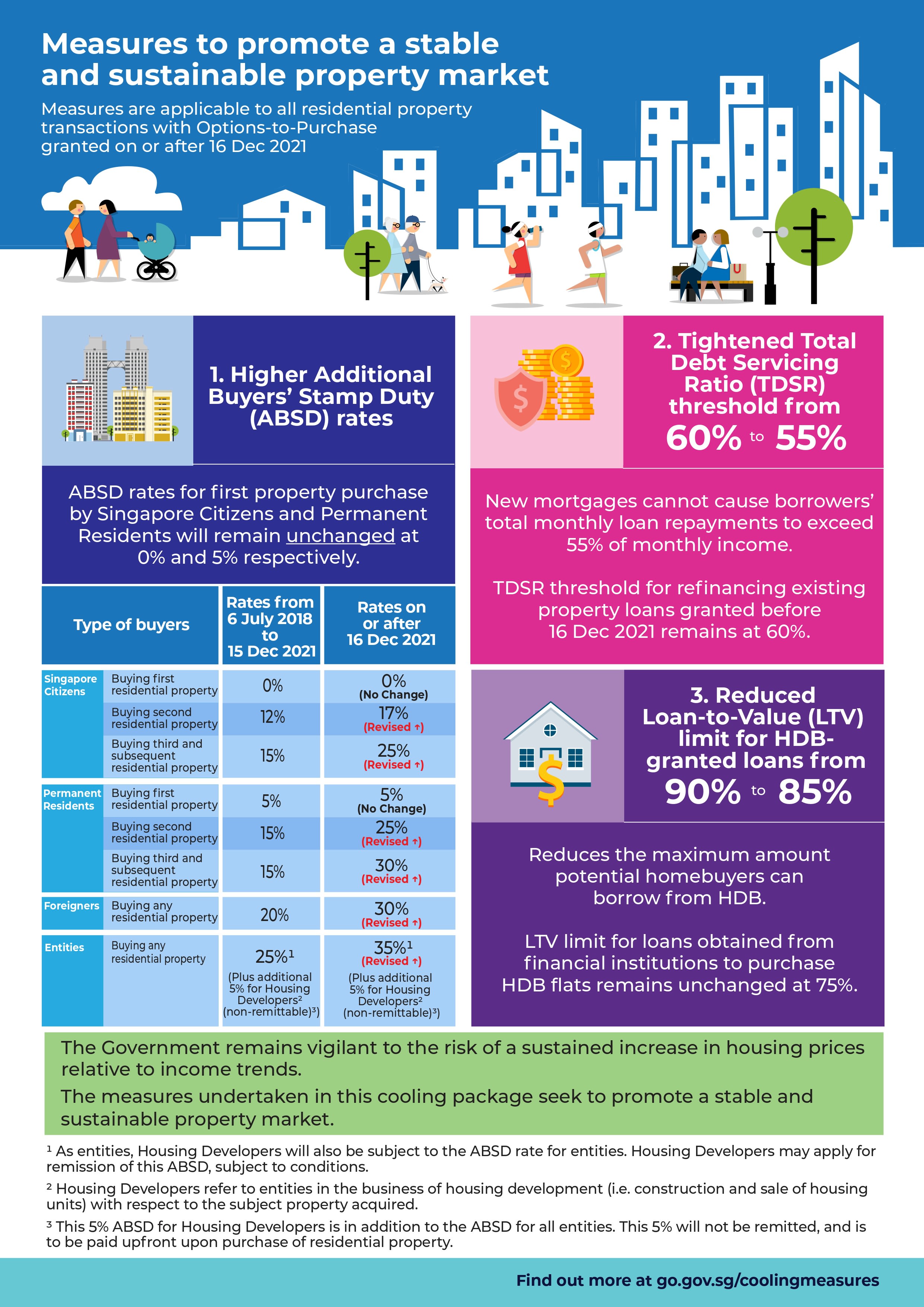